My mission is to continuously learn, apply and evolve towards the best version of myself.

And I want others to get there as well.

Whether it’s people, communities or organisations – if I can help them level up then I know I’ve been of service. Surely our role as custodians on this planet is to leave the spaces we’ve been in a better condition than we found it?

Growing up in one of the poorest and most dangerous communities in South Africa has cultivated a drive in me to push my own limits and definitions of what is possible.

After graduating from the University of Cape Town in 2007, I built a career in management consulting which has given me an indispensable foundation in real-world problem-solving. Creatively solving complex business problems with some of the largest companies in South Africa (such as Accenture, VW & Audi, Telkom, Eskom, MTN, BMW and most recently Woolworths) has been a fulfilling experience and an area that I continue to pursue.

In 2019, I served as project manager for The Bookery Code, an initiative that saw 8,300 learners across 25 underserved schools in Cape Town be introduced to coding – all within the space of 2 weeks. This kicked off a transformation within me. I realized the power of the skills that I have built and how I could use them to benefit the same communities that I have come from. I am in the process of building a non-profit consulting firm to continue doing work of this nature.

Having a pretty colourful range of interests has led to amazing experiences.

From trying out skateboarding as a young kid to Djing at New Years Eve parties for my mates to pursuing my dream of playing a face-melting electric guitar solo and even being voted the youngest Chairman of the Wanderers Rugby Club in 2013, I’ve always believed that life is too short to wonder “what if?”

In 2014, I underwent a transformation from an overweight and sedentary couch potato to living a life of fitness and health. Little did I know that documenting this journey on my blog Leave the Couch would lead me to become a key figure in the trail running community in South Africa.

Leave the Couch would go on to take the runner-up spot for best sports blog at the SA Blog Awards in 2015. In 2016, it made a clean sweep of the SA Blog Awards, taking category wins for Best Lifestyle Blog, Best Sports Blog, and the coveted Best Overall Blog. I have been a sponsored athlete with Buff South Africa, and have worked with major brands such as Under Armour, Adidas, Salomon, New Balance, Total Sports and Hi-Tec. From blogging about my first Two Oceans 21km road race in 2013; I have completed some of the toughest races in South Africa:

I starred in the short documentary feature film Mowbray to Mowbray Ridge, which won the Cape Union Mart Adventure Film Challenge and was screened at the 2016 Banff Mountain Film Festival World Tour in Ster-Kinekor theatres across the country.

I have appeared on national TV, spoken publically and been featured in some of the biggest magazines thanks to blogging.

I’ve experimented with entrepreneurship by joining friends on the following projects:

Being involved in the running of these entrepreneurial ventures has taught me lessons worth a lot more than any business school could teach. My goal is to continue with similar projects to uncover the secrets of running a successful small business and then to share it. 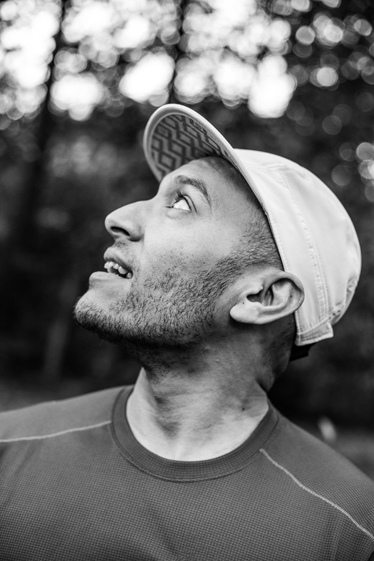