Uncomfortable conversations with myself

The most traumatic thing that happened to me in 2019 set me on a path of deep reflection and honest evaluation of where life was taking me. In those moments, it seemed like it had all come to a grinding halt and was about to unravel to complete failure. I feared the panic attacks, wished away the depression and felt like a passenger on a conveyor belt to Who Knows Where. My personal life was in shambles because I’d refused to seek help after my divorce and tried to ignore the pain away. In hindsight, it was the pause that I needed. I was forced to stop, pull myself towards myself and make a start on the path towards fixing me. It’s been a truly transformative period. I got caught up in the momentary detour and failed to consider it’s part in the bigger context of my life as a story that is still in process of unfolding.

One of the most pivotal memories that sits with me is from my childhood. It is so visceral and so real to me that every time I think about it I feel like I’m right back there in that moment. It’s the one memory that has driven me to achieve. It underlies my ambitions and has resulted in the need to continuously do and be better – which has proven to be both a good and bad thing for me.

I was about 6 years old or maybe even slightly older at the time. I remember sitting in the room that I shared with my sister, looking out over the field next to our house and thinking, “I have got to get my parents out of here”.

Now don’t get me wrong, I didn’t have a bad childhood. My parents were amazing in the opportunities that they gave us given the very little that we had. But growing up in Eastridge, Mitchell’s Plain leaves you with a different set of experiences in life. I don’t have many people now in my circles that have:

But with all of that going on, my parents gave us the opportunity to see a world bigger than the one most of the kids in our neighbourhood lived every single day. Both my sister and I had the opportunity to go to really good high schools and then pursue tertiary education. No, my folks were not wealthy. My dad was a blue collar worker who did general maintenance at a clothing factory in town, while my mom still is a team lead in the customer service call centre at a cookware company. We are not wealthy people. What we did have were blessings that came in other ways.

Both my parents worked at companies which provided bursaries for the children of their staff. My sister and I worked hard each year to get the maximum funding from those bursaries since it was linked to our academic performance. But even with that help, my parents still made enormous sacrifices to cover the shortfalls. Having one kid going to SACS and the other to Rustenburg Girls’ is bloody expensive.

So things like going out to eat, fancy holidays or even having the latest gadgets were not stuff we were accustomed to. To this day, I don’t like people giving me fancy gifts because If I want something then I’d rather get it with my own money. I barely go on holidays either. But I’m trying to change that now. I’ve learnt that travel is important to broaden your perspective.

For those who don’t understand the colourful and emotive Capetonian mix of Afrikaans, English and a bit of slang known as Kombuis Afrikaans, what my dad basically said was that he may not have much money to leave us as inheritance when he passes on. But what my parents had decided long ago was to give us an education. That was the inheritance they would leave us. After that it would be up to us to progress further.

I’ve come to learn now that my folks never needed me to get them out of Mitchell’s Plain nor to change their circumstances. They were well equipped to do that. And they did.

Now almost 30 years later, my dad is retired and my mom only a few short years away from joining him. Both my sister and I are able to take care of ourselves and our families. Inheritance received. It’s also the 20th year since our family has moved to Woodstock – my folks really are amazing. The journey has not been without sacrifice, clinical decision making and displays of grit through challenging times. We’ve all come to agree that it has been filled with lots and lots of faith, blessings and love. 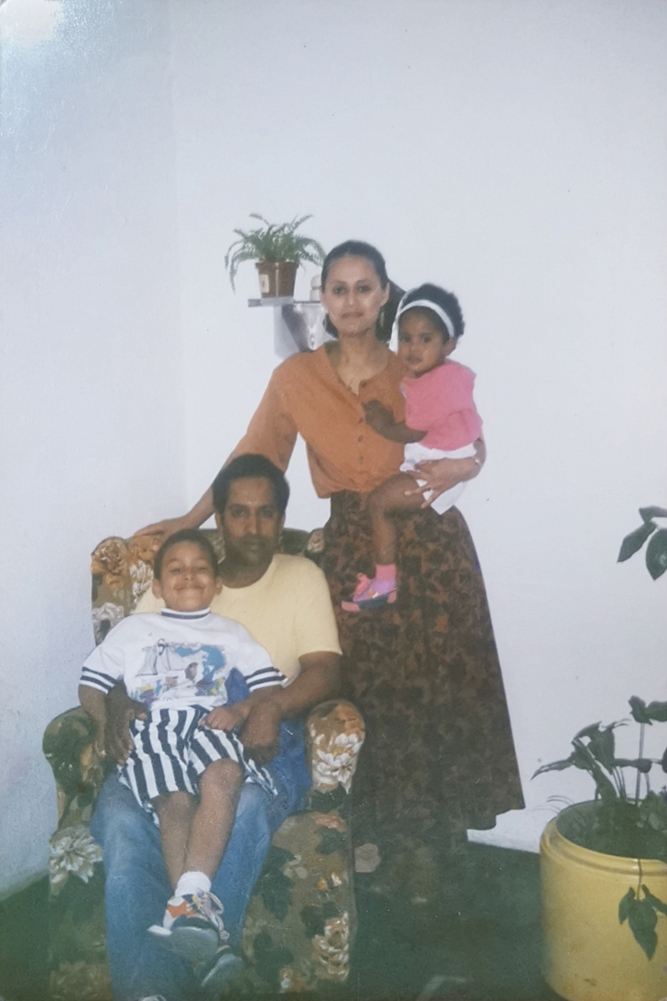 So here I am, reflecting on this one element of my life – a small part of the story. And life is far from done. We’ve had many challenges come our way. We’ve just grown a thicker skin and the confidence that won’t allow us to back down.

It’s funny now, thinking back to what seemed to be the most devastating blow to me last year, would’ve been “first world kind of problems” if I had asked that kid looking out the window in Mitchell’s Plain. But I too recognize that I’m privileged to have these problems now as many people are facing way worse.

What I’ve taken are lessons that I now want to help me attain a life well beyond anything that little kid could’ve dreamed up. I’ve been given opportunities and the platforms to do it and it sure would be a shame to let those go to waste.

I now find myself looking in the mirror asking some very BIG questions:

These uncomfortable questions have forced me to really go deep, be honest and to uncover the core beliefs that I have about myself.

Why am I asking these questions?

I feel it’s time to start unpacking them. I’ve been on that conveyor belt of life for the past few years chasing something which I can’t seem to describe. I know it’s out there, but if you asked me to tell you what it is I wouldn’t be able to. It seems pointless to be chasing something and not knowing what I’m chasing. The risk of ending up somewhere that I didn’t want and having made sacrifices to get to the wrong place scares me. That’s not the way I want to spend the short time that I have left on this earth.

How am I going about finding the answers?

I’m not doing it on my own. My therapy sessions initially started as a way of dealing with my anxiety and depression, but has recently evolved to where we are understanding the core beliefs that drive me – almost bordering on coaching sessions. That’s not to say that I don’t slip into episodes of depression or uncover that my motivations behind a decision aren’t as positive as what I may think. These things are expected since I’m still so new at this stage of self awareness. But having my therapist along for the ride has been amazing.

I also have my girlfriend, my family and some really close friends that I check in with. Keeping the circle small with people that I truly trust.

Included in my approach is a lot of reading, meditation, exercise and being conscious of finding balance while on the road of personal development and self improvement. I’ve learnt so much already. The moment you decide to do the work, you uncover surprising things about yourself.

Along the way, I will share what I find and teach what I know. Somehow, I feel deep down that this is a part of my purpose.

I’ve been trusting my intuition more and it’s been paying off marvellously. If it feels right, then I know I’m onto something. 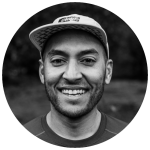